The Steel Warriors outdoor calisthenics gym had its official launch this week in Langdon Park. We were joined by the team including Newbury Foundry, Alloy Fabweld & Rebel Strength.

There were many unknowns during the initial phase of the design process as we were unsure of the mechanical properties that would be achieved from such variable base metal. We also faced issues finding companies in the UK who could form the type of sections needed to construct the gym. Working with Newby Foundry, along with advice from metallurgists, we developed a design that used strategically placed cast knife steel elements. The knife steel was combined with a known stainless steel base material to obtain steel with properties that satisfied the design and durability requirements.

On the day it was great to see the new equipment being put through its paces by Jay Chris, calisthenics world champion and co-founder of Barsparta at the launch.

Steel Warriors are planning to build similar calisthenics parks across the UK. Follow the project here. 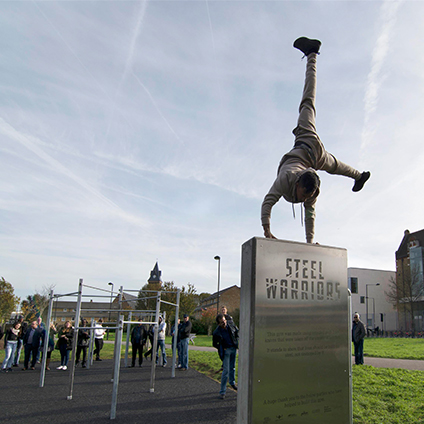 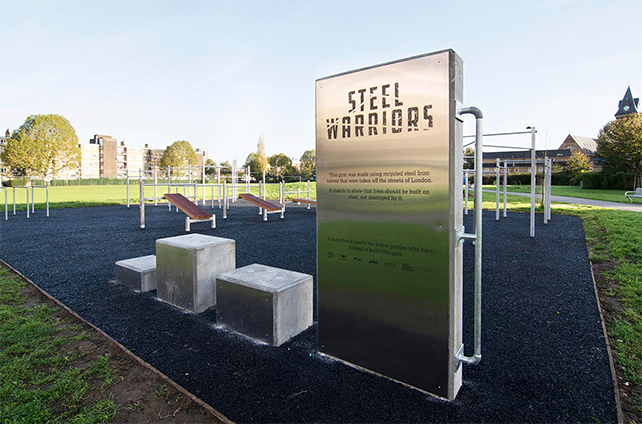