We have reached a significant milestone on our Koko project with the defective truss being cut out in preparation for the a new replacement truss to be installed next week.Significant corrosion was found by chance during some investigation works. Periodic water ingress led to delamination of the compound top chord which could not be justified in it defective state. Emergency temporary propping allowed the venue to continue operating until the main construction works could commence. 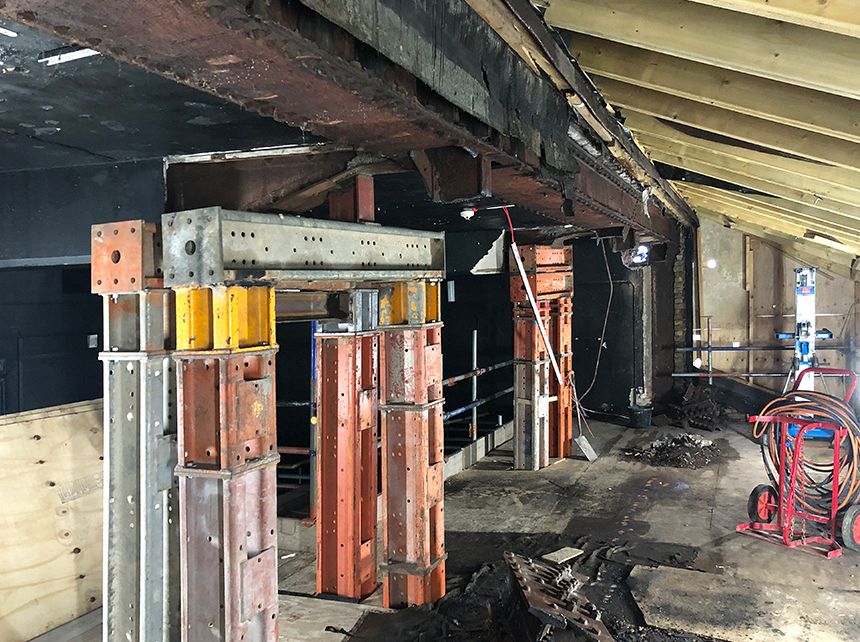