22 years later and Heyne Tillett Steel and Collins Construction have started a complicated structural modification to reconfigure the truss while supporting the three floors of the building that it was built to support.

The programme is the first stage in the significant refurbishment of the iconic building that will retain the double height studio and create a Grade A office space.

Collins will use the existing truss to lift the 18-metre-long temporary truss into place, reducing the impact on aesthetical finishes and supporting sustainability targets by using the existing structure for multiple jobs.

The team will carry out its methodology in a series of phases. Phase one involves installing a temporary truss at level one, making connections between the temporary works and existing steel columns, providing jacking points and restraints where needed and then jacking the structure in an agreed sequence to relieve the load on the truss above.

After the temporary works are installed, Phase two of the removal and replacement of the steels bay by bay, can start.

Once loaded, the truss can deflect 30mm which will slowly take effect as the jacks are engaged. Monitoring points will allow us to track load path changes and will be a crucial safety measure during the works. The critical point of the programme will occur once the permanent truss has been reloaded, ensuring the temporary truss returns to its original position before jacks can be removed.

Only when all amendments have been made to the original truss to create the desired aesthetic effect, this can be reloaded at an agreed sequence.

Associate at HTS, Gustaf Granstrom-Steer said “This building contains a great example of a late 90s steel frame. It was constructed as a members club founded by Paul Allen and David Stewart, so as you can imagine it was tailored for its use, complex, expensive and carbon intensive (with the benefit of 25 years of knowledge). As an engineer, the most exciting part of this structure is the two enormous steel trusses which carry 60% of the building, approximately 1,000 tonnes of weight! Converting these trusses for open-plan office use has been a thrilling challenge, and a way to reuse the existing steel skeleton without adding more carbon to the atmosphere. I am excited to see our work becoming realised and the space reimagined in the most appropriate and sensitive way.”

Senior Design Manager at Collins Construction, Ed Munton said: “It is great to have a job with such interesting structural alterations. We used our time during the tender stage to develop the feasibility, methodology and logistics to produce the most viable solution for this critical work. The collaborative working with HTS from day one has been excellent and has allowed us to develop a fully considered and complex sequence that works both efficiently and safely in all aspects.”

A piece by Collins Construction and Heyne Tillett Steel. 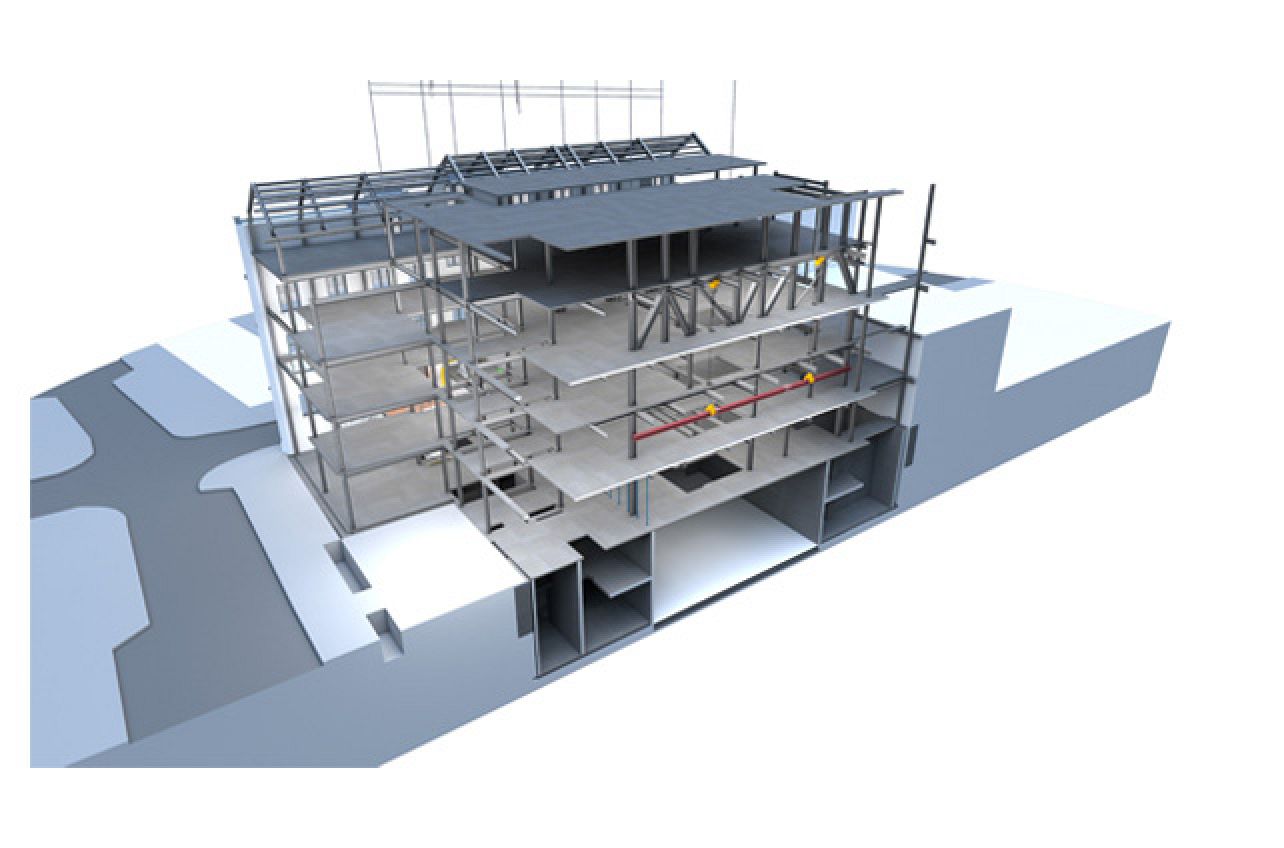 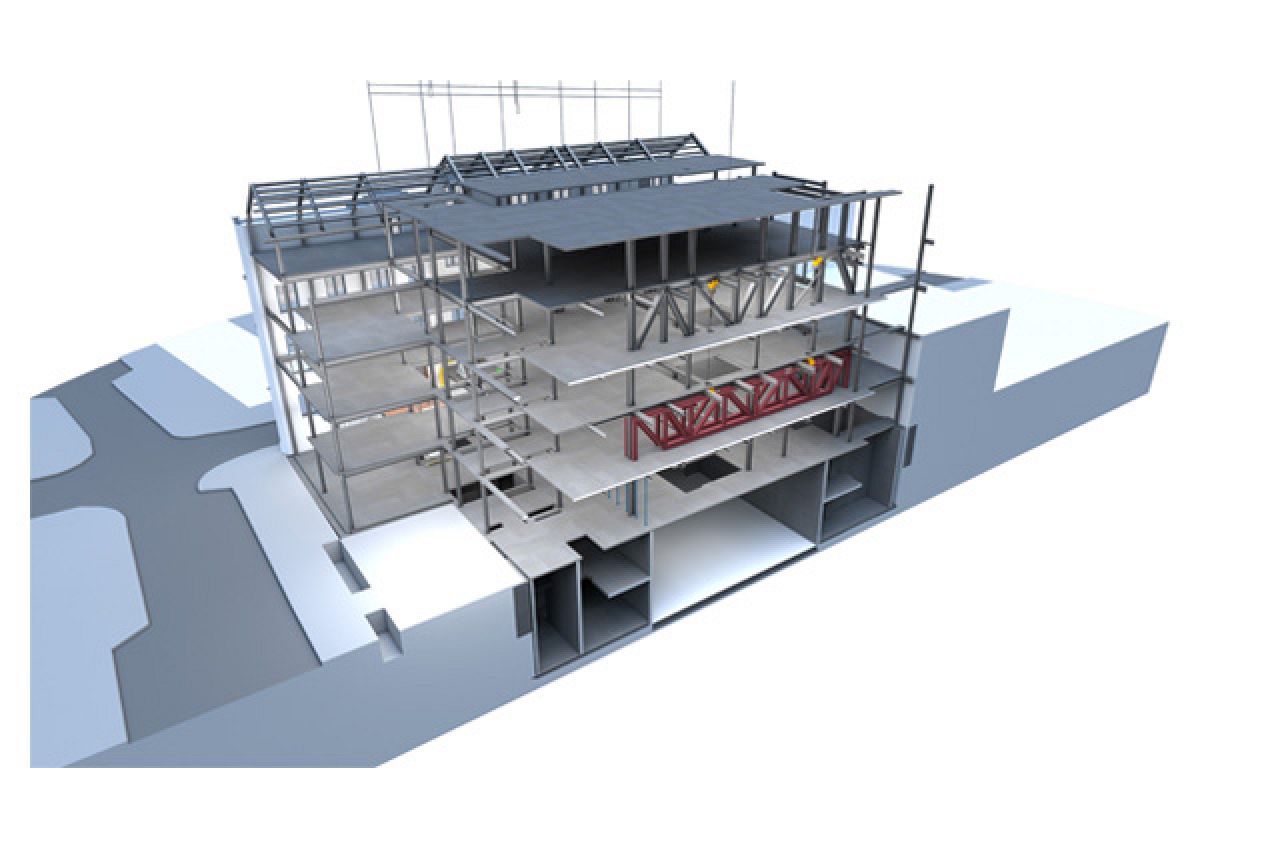 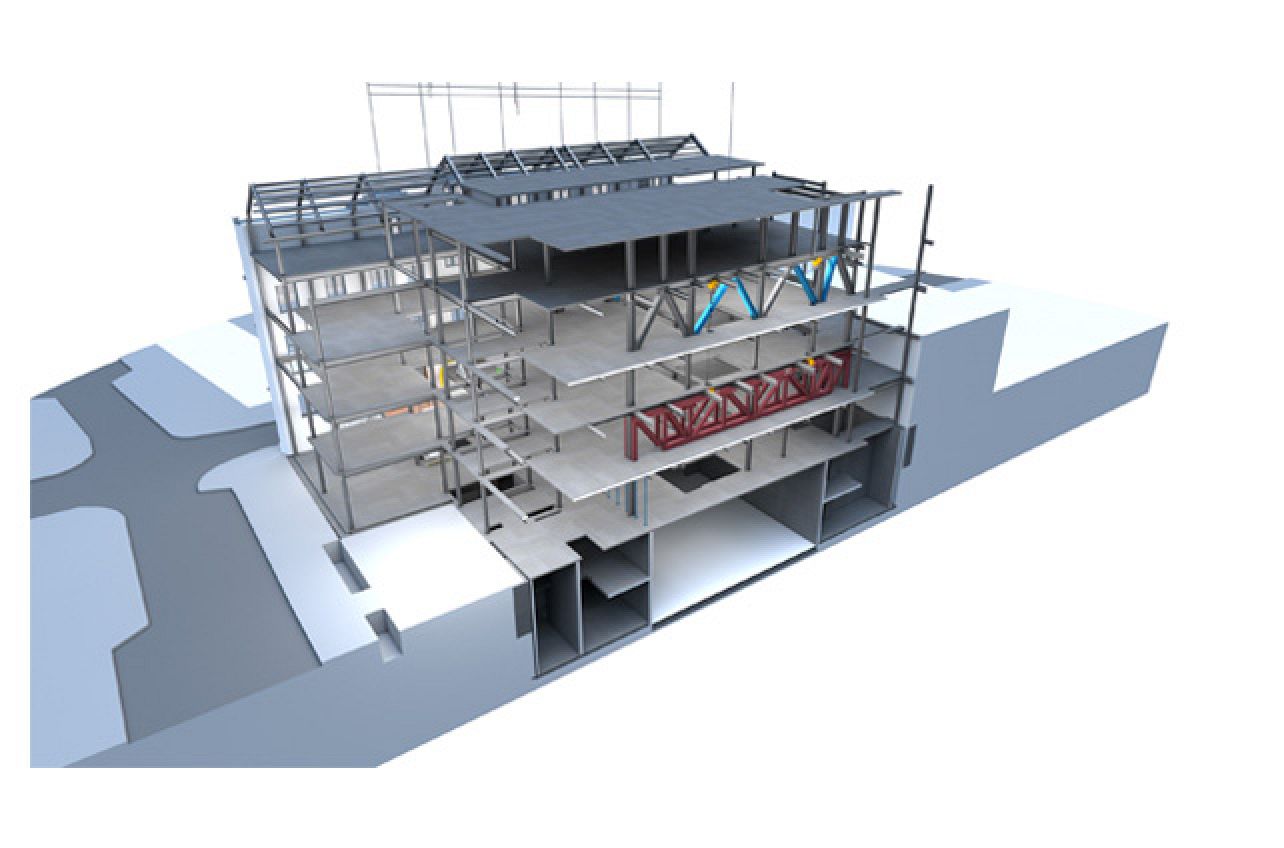 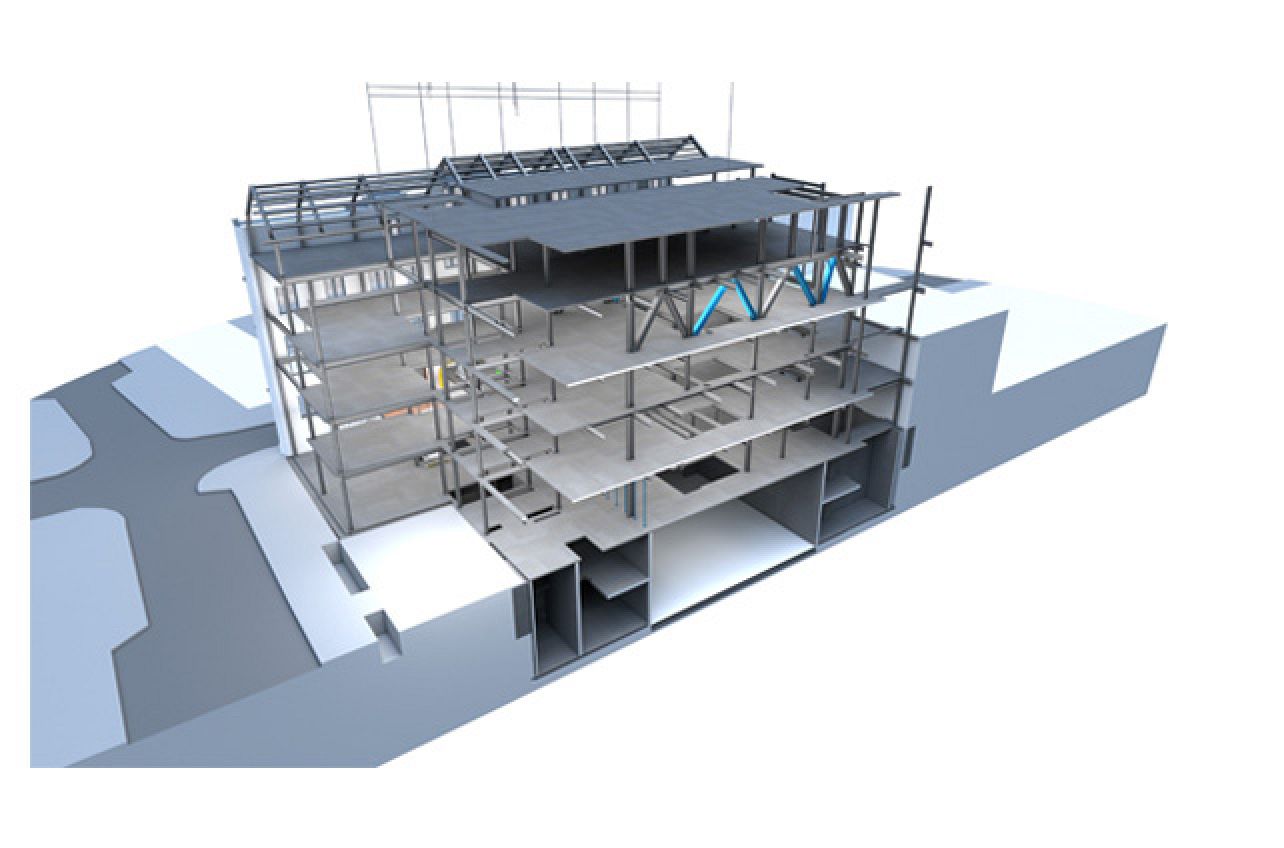