Battersea Arts Centre has been featured as a building study in the Architect’s Journal.

The reconstruction and refurbishment of the Grade II* listed Grand Hall at Battersea Arts Centre has recently been completed, following a severe fire on 13th March 2015. As well as the rebuild, HTS have been working with Haworth Tompkins on various projects in the building since 2012.

'I saw the fire on the news when I was at work and went straight there to see it for myself. The roof was gone, and the intense heat was causing the brickwork gable walls to visibly lean outwards. We agreed that once the worst of the fire was extinguished, the walls would correct themselves, so could be saved. Brickwork and mortar testing would subsequently confirm the remaining structure could be reused.

We estimated the wind speed that would cause the gable walls to lose stability, and designed temporary steel frames to laterally restrain them. Propping was also applied to some other precarious-looking walls and below the Grand Hall slab, which was supporting a large amount of rubble from the roof.

The original roof trusses had curved lower chords and deep, plated haunches which were built into brickwork buttresses. The buttresses themselves are two storeys high and incorporate brickwork arches over the hall’s side corridors. The original thrust imposed on the buttresses from the roof could not be justified to modern codes.
The proposed design required a significant increase in roof build-up and weight for acoustics and modern theatre rigging, with a subsequent decrease in depth and stiffness of the truss haunches. 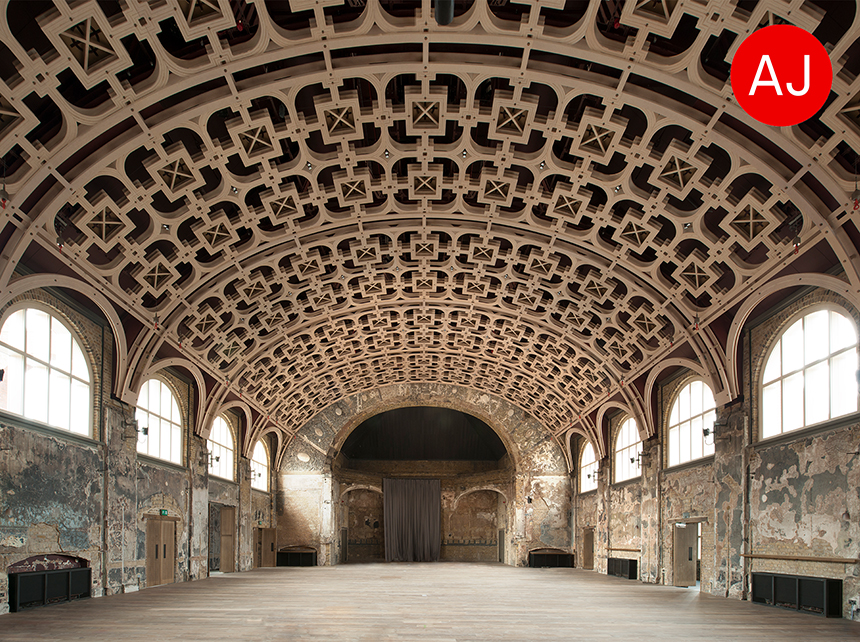 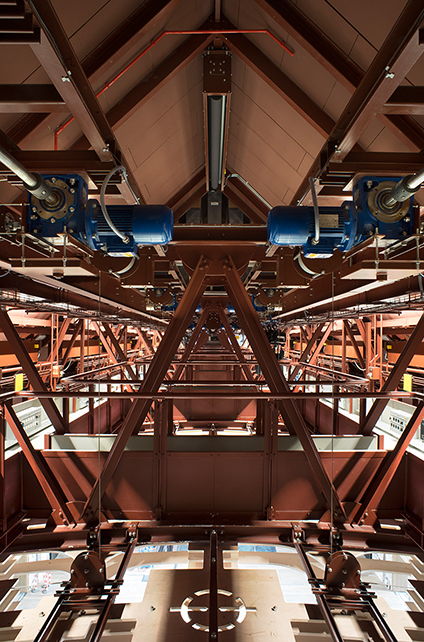 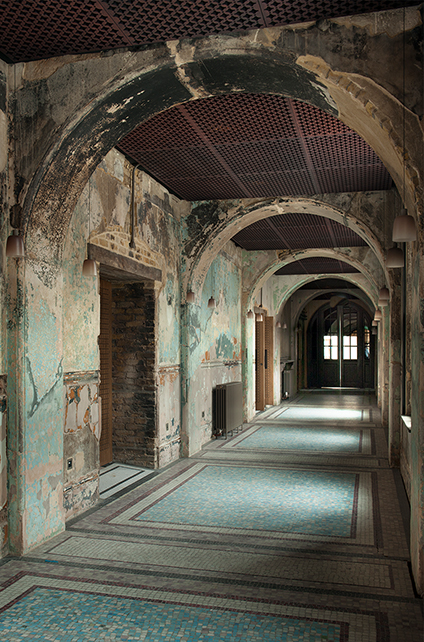