To mark this year’s Women in Engineering Day, we sat down with a number of our female engineers to discuss their experiences of working within the built environment. While there has been progress made across the industry to encourage diversity and support women in engineering roles, there is still work to be done to bridge the skills gap and challenge gender bias.

The session was an opportunity for women within the practice to share their motivations for becoming an engineer and what they love about the job as well as to discuss the challenges they have faced while working within the industry and give advice for younger women in STEM roles.

Below are a few excerpts from the session:

What inspired you to become an engineer?

Laura Batty, senior technical research engineer
‘My mum inspired me to become an engineer because she’s also an engineer (electrical, not structural). She was the only woman in her graduating class and that always showed me that it’s possible, it was possible 50 years ago, it’s possible now and it will be possible in another 50 years. Also, general aptitude for the required subjects helped!’

Carmel Lennon, associate director civils
'My grandad was a big inspiration for me, he would have been an engineer if he wasn’t a farmer and when I would spend time with him on the farm, he would make us do mental maths so we were a step ahead even before we got onto the times tables in school. My interest in flood risk and water management really started when I was at university when the whole university building flooded in a 900-year flood event. The power of water and how destructive it can be really fascinated me. I think it really started from there'

Maria Burca, civil engineer
‘For me it really came out of a willing to have a positive impact on people’s lives, just to help them and to do something positive for the world we live in. My sister and brother-in-law are both civil engineers and have always given me advice and insights into the industry which helped to inspire me. There are so many exciting civil engineering projects out there and in London. There are so many opportunities to have a positive impact on our cities and homes.’

What do you love about the job?

Carmel Lennon
‘ What I love most about the role that the civil engineer takes on the project is the early stage work to influence how people will use the site, particularly on masterplanning to influence the big picture of how our cities and towns are build and how they’ll be used in the future’

Saskia Manson, structural engineer
‘I enjoy the combination of the office based technical work and then going to site and seeing things being built. Also, the constant problem solving, working out what can go wrong, what is going wrong and working out how to fix it. It might not be what everyone likes about the role but I love it’ 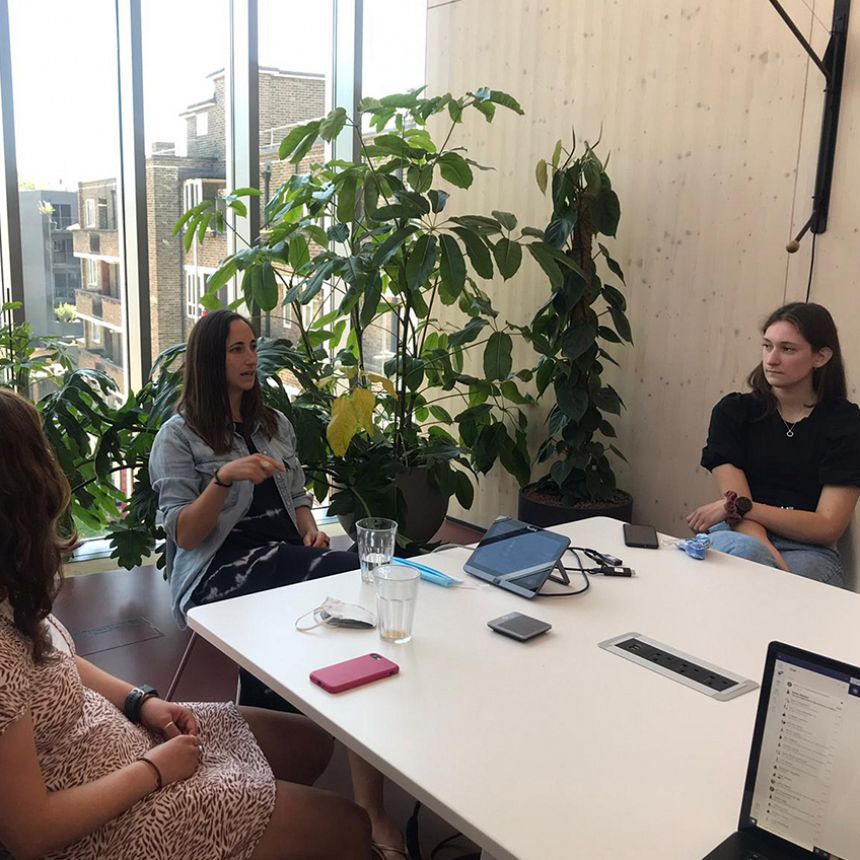 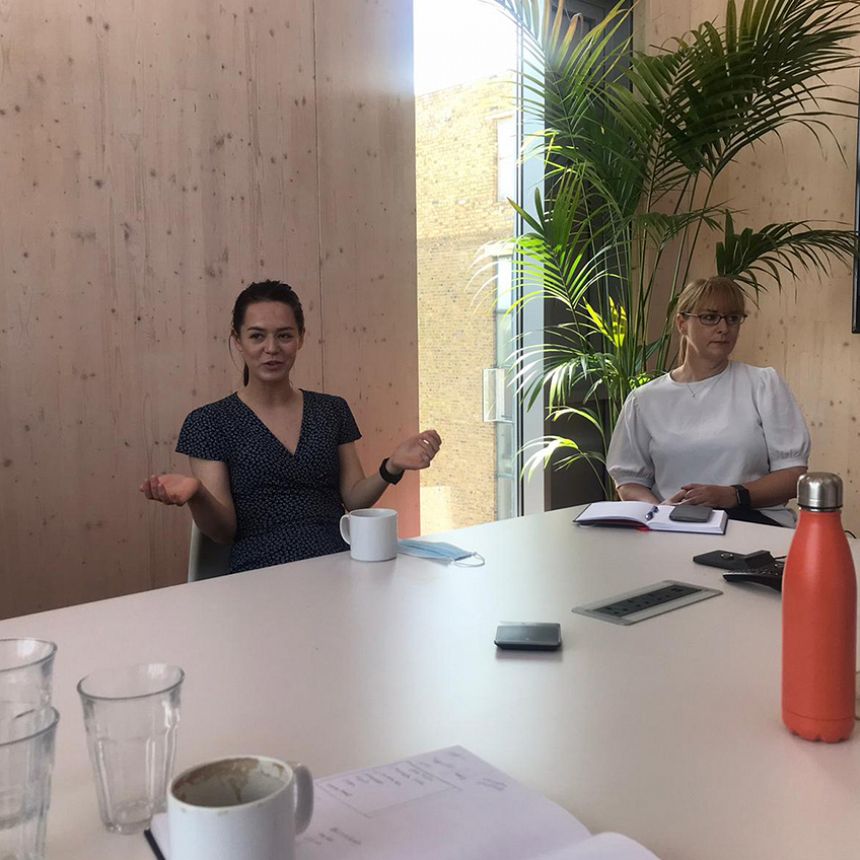 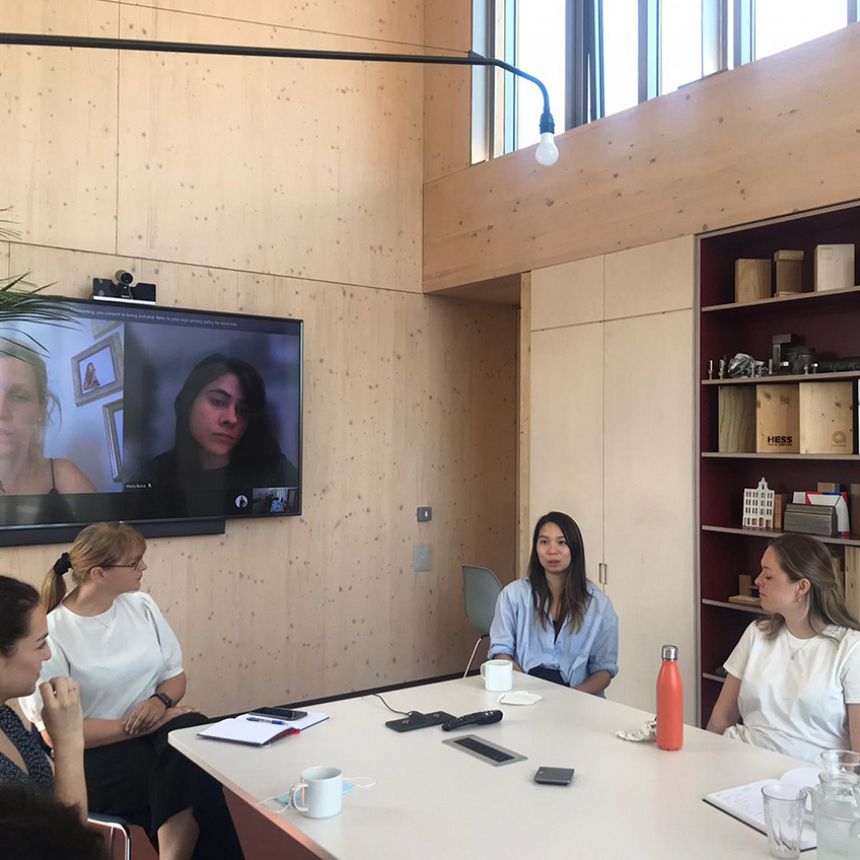 How do you think we could bring more women into the industry?

‘I think it’s focusing on the sustainability side. I think young women are really interested in climate change and low carbon design. I think it’s a big way to get people interested and challenge the stigma that engineers are all men in hard hats.’

What do you find challenging about working in the industry?

Carmel Lennon
‘You often have to fight for your place. I find that you get underestimated as a woman, especially on site, you’re automatically on the back foot. Which you can sometimes use to your advantage, but it can be tiring.’

Louise McAndrew
‘Especially on site meetings you can often feel the difference in the room when you’re one of the only women. When you’re a minority of anything, you will just feel different to other people, you’ll feel that you have to act stronger to fit in with this crowd. It’s something I’ve thought about a lot, how to bring more women in, because often there’s a problem with retaining women, especially around maternity leave because they leave but sometimes won’t come back. So, I think another question is how to retain women in the industry’

Saskia Manson
‘A lot of what Louise mentioned is similar to what we’re looking at in the HTS Diversity and Inclusion committee. Part of the culture in construction is still stuck in the past and lots of the work culture can be very male dominated. Because certain practices and ways of doing business are still aimed at men it can make it difficult for women to work in the industry sometimes.’

Laura Batty
I find it inspiring when I see women operatives on site as it’s rare, rare enough for me to take notice.’

‘I find that if I’m going onto a new site, I really have to make an extra effort to know what I’m talking about. There’s no room for any sort of mess ups because that’s why you’re then remembered as: the woman who doesn’t know what they’re doing. Secondly is to understand what the dynamics are so that you can understand where you fit in and how to get your voice heard.’

Saskia Manson
‘It’s like having to earn your seat at the table, site’s just another environment for that; you have to fight that bit harder to get heard as a woman’

Nicola Gordon, marketing associate
‘There can also be some negative language used to describe women in the professional environment which should be addressed. If you’re forceful, if you want to make a point, if you want to have that presence, it’s seen as being bossy or over the top, in a way that perhaps if a man was doing it wouldn’t be perceived in quite the same way.’

Do you see a glass ceiling in terms of your careers?

Carmel Lennon
‘I think that’s partly related to what someone raised about having a family and having children, there is an issue potentially in a lot of industries but especially in engineering where they can be a perception that you have to get to where you need to be before you take that next life step. Because it’s a woman’s issue when you have children. The split parentally doesn’t exist across the construction industry, this change would have a huge impact in my opinion.’

If you had two or three things you would pass on to the next generation of engineers, your pearls of wisdom, what would they be?

Rachael Humphreys
‘Accept the right job! Don’t just accept the first job that you get offered, have the confidence to accept and look for the right role’

Vicky Schenk
‘We need to move away from the narrative of ‘don’t worry you’ll get a job, you’re a girl in engineering’, and start to tell young girls ‘you’ll get a job because you’re good’. I would say fight for the position you want, don’t hope to get the job because of a company’s diversity quota.’

Saskia Manson
‘Look for a female role model, even if they’re not in your company or only a couple of years older than you, they’ll still have valuable advice. Check out training schemes and look out for jobs that genuinely do offer training opportunities.’

‘We need to work on improving education with girls from a young age to make sure that they’re inspired and have the confidence to pursue careers in STEM roles and level out the split between arts-based and science-based subjects, that seems to occur really early on.’